When I was in Fiji with Volunteer Eco Students Broad (VESA), I took part in a Turtle Conservation Project.

The main highlight was releasing baby turtles back to the wild from Treasure Island.

A turtle nest had been found by some locals on the nearby Bounty Island after some birds began to prey on the hatched baby turtles.

The turtles walk around the sand, so it remembers where it comes from.

This is important because the female turtles will remember this information and return to the same beach to lay their own eggs.

It is amazing that these turtles have an inner GPS system. Scientists believe they use the earth’s magnetic field for navigation!

After the release, we put our snorkel gear on and watched the turtles glide the ocean for the first time.

They had skin and eye infections which were mainly caused by human skin care products such as sun screen (naughty tourists putting their hands in the turtle enclosure). 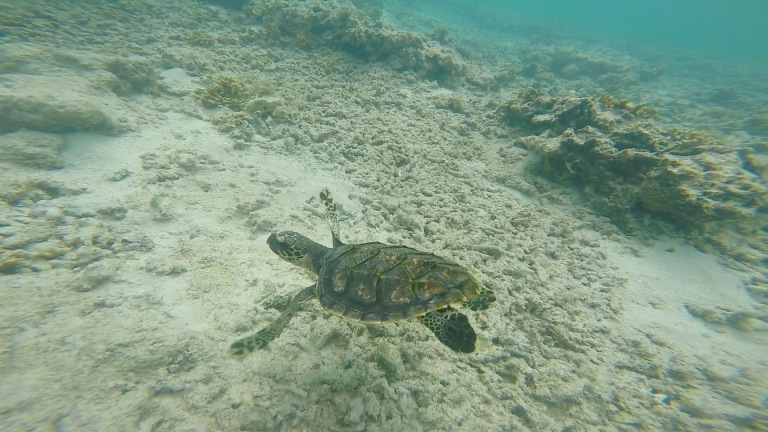 Shot on Go Pro Hero4 Silver with a Head Mount.